Most regularly ovulating women experience some physical and mood symptoms during the premenstrual phase. This can be treated when at least one moderate to severe physical and psychological symptom occurs during the premenstrual phase. PMDD is a severe form of PMS, mainly involving the psychological symptoms and can be treated with a variety of options.

What are Pre-Menstrual Syndrome and Premenstrual Dysphoric Disorder?

PMDD is a much more severe condition. The diagnosis is defined by the USA psychiatric association and excludes other mood disorders, such as bipolar disorder. The UK use the terms “PMS” and “Severe PMS.” 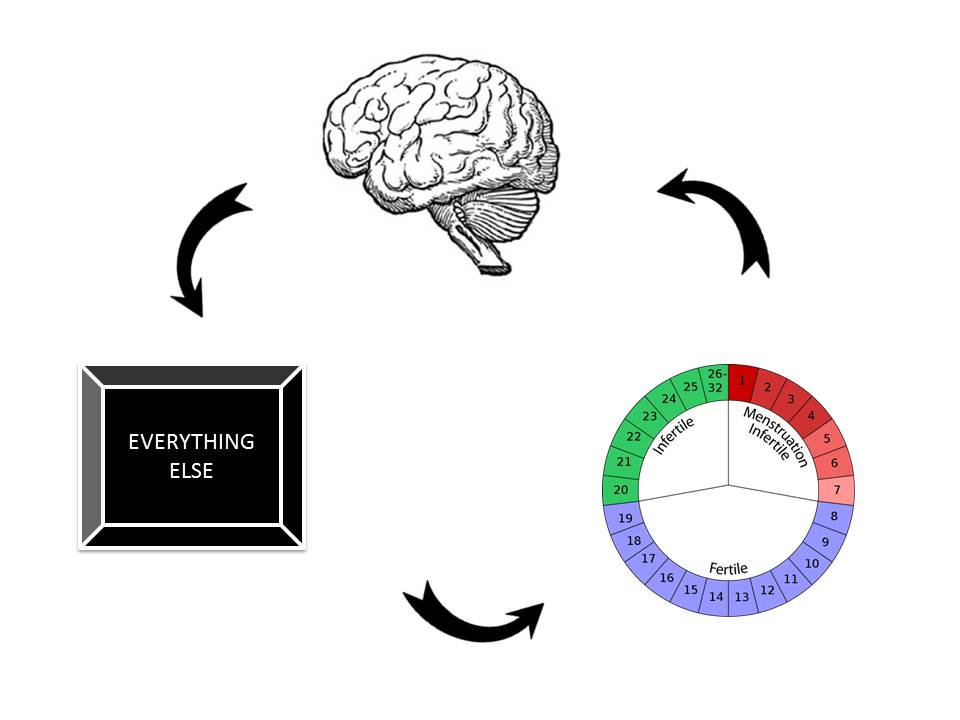 The criteria for PMD have been clearly stated by the American College of Obstetrics and Gynaecology as follows [1]:

1. More than one of the following mood and physical symptoms during the five days before menses, over at least 3 menstrual cycles:

2. Symptoms should be relieved within 4 days of onset of menses, and don’t return until at least day 13 of the cycle (Day 1 of the cycle is the first day of bleeding.)

Premenstrual dysphoric disorder (PMDD) is a more severe form of PMS. In this condition the main symptoms are psychological. Premenstrual symptoms typically worsen after the mid-30s and some women notice their problems were triggered by an episode of postnatal depression.

B. Symptoms – one of more of the following must be present

C. Additionally, one of more of the following must be present to reach a total of 5 symptoms (including the symptoms above)

The symptoms are associated with significant distress or interference with work, school, usual social activities, or relationships with others.

Other conditions often mistaken for PMDD

PMD / PMDD can easily be confused with bipolar disorder (a different mood disorder where mood fluctuates between bouts of depression and mania). It is important to keep in mind that mood disorders such as depression and physical problems such as migraine can swing with the cycle too.
It is very useful to track your symptoms to take to your doctor. This can be done very easily with a menstrual app or  you can download this chart. The key to the diagnosis of both PMS and PMDD is that the physical and psychological symptoms come and go at the same time of the menstrual cycle.

PMS Symptoms – what you need to know

These aspects of PMS are well known [2]:

How are PMS and PMDD treated?

It is important to remember that not all herbal extracts are the same. Some herbal products sold in Australia have no or little quality control (which determines the effective dose of a remedy) or scientific studies.

However, some natural therapies do have scientific studies showing that they work better than a placebo (dummy tablet):

Many women find that the following lifestyle changes can really help improve their PMS:

The most tested and clinically proven drugs for severe PMS and PMDD are the modern antidepressants called “SSRIs”. When used for depression they take 2 to 4 weeks to work. When used to treat PMS they only take 2 days to work. So if a woman has significant PMS symptoms from days 21-28 of her cycle, then she needs only to take the drugs from days 19 and stop it when she starts a period. The most tested SSRI for PMS is Fluoxetine (Prozac®, Lovan®). The main side effects are headaches and nausea which tend to occur with the first 2-3 doses and then rapidly improve with time.

In Australia, Fluoxetine comes in a capsule or dissolving tablet form. It can be helpful to start with very low doses such as a ¼ tablet daily from day 12 of the cycle until the first day of menses, then stop. One way of dosing a ¼ tablet is to drop ½ dissolvable Fluoxetine in a 30ml cup and drink half and discard the other half. Alternatively, the medication can be taken daily. The most common side effects include nausea, headache, trouble sleeping. These often disappear over time.

Zoladex® and Synarel®
Zoladex® is a monthly injection and Synarel® is a nasal system (the drug is sniffed twice a day). Started day 1-3 of the cycle, over 1-2 months, these reversibly suppress the cycle. They act like a reversible menopause, and so if used alone, hot flushes, vaginal dryness etc can occur. They are typically given for six months to help control pain due to endometriosis. Zoladex® is also used long-term to treat some hormone dependent cancers such as breast or prostate cancer.
Sometimes these can be used with a low dose of natural oestrogen and progesterone (called “add-back therapy” in this situation), to give a woman with PMDD a “menstrual holiday.” This can be very helpful as part of a strategy to help women with very severe symptoms such as premenstrual anger, rage or having suicidal thoughts.
A trial of Zoladex® / Synarel® with add-back hormones can be helpful as a “trial-run” for a woman considering removal of uterus, tubes and ovaries to cure her PMDD. A trial of these drugs can also confirm the diagnosis of PMDD. If a 3-6 month course of treatment completely resolves the symptoms, then the diagnosis is PMDD, however, if the symptoms continue a different mood disorder should be investigated.

Some women find that the modern pills such as Yaz® can help. The Mirena® device contains a progestin but the blood levels are 100-1,000 times lower than tablets and so unpleasant mood side-effects are far less common. However, many women with severe PMDD find that they can’t even tolerate a Mirena® device.

Progesterone is often recommended for PMS, but clinical trials have failed to show any benefit over placebo. Synthetic progestins (e.g. Provera®, Primolut®) can make PMS worse and should be avoided. The older contraceptive pills such as Nordette® and Triphasil® usually make the symptoms of PMS worse.

Some British authors suggest trying a 100mcg Oestradiol patch used continuously with natural progesterone (Prometrium®) used orally or vaginally in the second half of the cycle. This can result in irregular bleeding and some women suffer mood swings even with oral natural progesterone.

Removal of the uterus / hysterectomy does not improve PMDD. It is the ovarian cycle that triggers the mood centre of the brain and so if the ovaries are left behind, then the PMS will continue after the hysterectomy. However, if a woman with severe PMDD is going to have a hysterectomy, then discussion with your surgeon should include removing the ovaries and giving back some natural oestrogen (as an implant, patch or gel) to prevent menopausal symptoms and long-term problems such as osteoporosis.

Surgery should be considered a last resort because:

Approximately 20-30 years ago around 40% of women had a hysterectomy, often for heavy periods or problems such as endometriosis. With better medical options (Mirena device, contraceptive pills etc) the current hysterectomy rate is around 3-4% of women.

Most gynaecological surgeons are reluctant to remove both ovaries without a very clear indication and often only after a second opinion that agrees the removal of both ovaries is appropriate. So, if you are seeking definitive surgical cure of your PMDD when you see your gynaecologist, don’t be upset if they delay or suggest a “cooling off period,” or a trial of Zoladex (perhaps with low dose HRT) or suggest another opinion. It is very reasonable to be cautious. Once the surgery has been performed the results are permanent.

Final thoughts
PMDD continues to be a little-known area of medicine. Part of the problem is that PMDD “falls” in between endocrinology, gynaecology and psychiatry. There has been a improvement in diagnosis and management in the last decade. The best starting point is to track your symptoms with a menstrual app or a chart then show the charts to your GP and seek out a specialist, likely a gynaecologist (some endocrinologists, psychologists, psychiatrists will be helpful too) to help.

If you’d like more information you can view health information fact sheets on our Health Information page, such as: