Oestrogen patches are one of the safest forms of HRT.  For example, they do not have any effect on clotting risk (eg. DVT or pulmonary embolism) and so are safer than oral oestradiol for women at risk of clotting. There have been tremendous supply problems with oestrogen patches since late 2016 in Australia, which has caused much confusion amongst doctors, chemists and women using these patches. 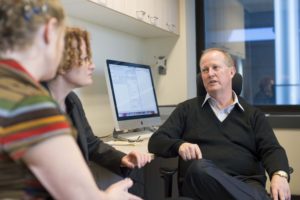 Basically, all three patches, Estradot, Climara and Estraderm, can be used interchangeably and all of them can be cut.  The Climara and Estraderm are larger patches than Estradot but work in a similar way. For example, if you have been prescribed Estradot 50µg patches, then Climara 50µg or Estraderm 50µg may be substituted.  Otherwise, a 100µg patch of any of the three can be used and cut in half.  That is equivalent to a 50µg patch.

An alternative transdermal therapy is Sandrena Gel, one sachet daily, which is approximately equivalent to using a 37.5µg to 50µg patch.

If your doctor has prescribed an Estraderm 50µg patch, then the Climara 50µg and Estraderm 50µg can be substituted without the need for a new prescription.  This system is similar to the use of a generic.  For example, if your GP gives you a script for Amoxil 250mg, then the chemist often offers you the choice of generic amoxycillin 250mg without the need for a new prescription.

Sandrena Gel (transdermal oestradiol gel) gives similar results to using an oestrogen patch at a dose of 37.5µg to 50µg daily.  Both forms of oestrogen applied to the skin have no effect on your clotting system and for many women it is preferable to taking it by mouth.

How do I Use Sandrena Gel?

The package insert that comes with Sandrena Gel suggests that the product should be spread over the thigh or the abdomen.  Unfortunately, this is not very practical as the alcohol-based gel takes 30 minutes to dry.  In Europe, especially in France, transdermal gels are used extensively and most of the French women, for example, apply the gel to their forearm.

In A/Prof John Eden’s opinion, this is the best place to apply Sandrena Gel.  The sachet is opened and the contents are then squeezed onto the inner aspect of the forearm (where the skin is thinner).  The gel is then spread (rather than rubbed) all over the inner aspect of the forearm.  It takes 20-30 minutes for the gel to evaporate and dry leaving the oestradiol hormone in the skin.  The gel needs to be applied once daily.  If used with Prometrium, it is suggested that both products are used at night, as there is some evidence that Prometrium has a sleep stabilising effect. Once Sandrena Gel has been applied daily for about a month, then the effect can be assessed.

What if I am still having hot flushes after one month?

If flushes are still occurring, then the therapy can be “intensified” by making the area on the forearm smaller.

Some women who see John will squeeze about half the contents of the sachet onto an area equivalent to half of the forearm (it is suggested that the sachet is then sealed with a paper clip or peg so that the remnant gel does not evaporate).  The half sachet of gel is then spread over half a forearm and about 10-15 minutes is allowed to go by so that the area becomes “tacky”.  Then the rest of the contents of the gel can be applied over the top of the original gel, thus doubling the concentration of oestradiol in that area of forearm.

In summary, to intensify the effect, two halves of gel are applied to the same area.