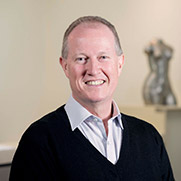 Associate Professor John Eden established the Barbara Gross Research Unit in 1997 and has been its director ever since. He is also director of the Sydney Menopause Centre at the Royal Hospital for Women, Sydney, and a founding director of the Women’s Health and Research Institute of Australia. Having trained initially in Australia, he embarked on his research career in the UK at Charing Cross Hospital, London.  He became a fellow of the RANZCOG in 1988 and was amongst the first group of specialists to be accredited as a reproductive endocrinologist. John is Associate Professor of Reproductive Endocrinology at the University of New South Wales.  His research interests include managing menopause after breast cancer, polycystic ovary syndrome, osteoporosis, hormone replacement therapy as well as herbal medicine. He has authored over 100 scientific papers and has written two books.

Publications in Major Journals from 2005

Hafiz I. Liu J, Eden J. A quantitative analysis of the menopause experience of Indian women living in Sydney. Australian and New Zealand Journal of Obstetrics and Gynaecology 2007; 47(4):329-334.

Why does oestrogen-only hormone therapy have such a small impact on breast cancer risk? A hypothesis. Gynecological Endocrinology 2010 (in press).

PCOS – a woman’s guide to identifying and managing PCOS. Allen and Unwin. 2005

True Lies – Getting over past hurts. How to let go of emotional pain before it eats you alive!

Prescribing HRT in the presence of known gynaecological problems. In, Current opinion on the management of the menopause.

Management of menopausal symptoms after breast cancer (2000). Management of the Menopause in the Millennium. (Ed JWW Studd), Parthenon Publishing, 221-4.